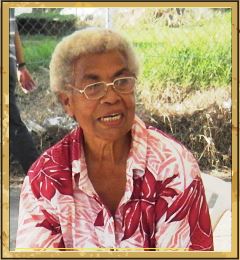 hails from the village of Viseisei in Vuda and the ideas for making handicraft came naturally to her and through her visits to other countries. She is a professional and a Senior Crafts practitioner. She is a former President of the Fiji Crafts Society and has travelled extensively for regional and international exhibitions and has also attended numerous workshops and Festivals both at international and regional level. She is a live member of the Fiji Craft Society under the umbrella of the Fiji Arts Council. 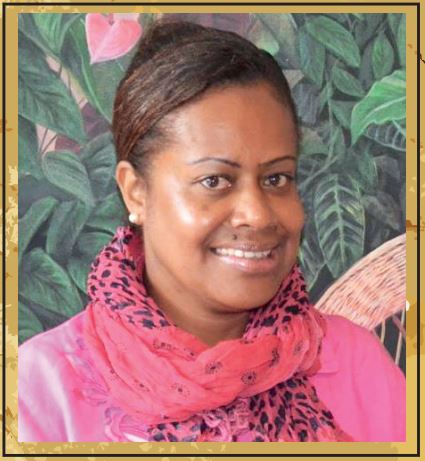 My interest for fashion designing started when I worked for John Batory & Associates PTY Limited in Sydney Australia in 1988. As I got to cut patterns and sew the garments by the company, I began designing my own clothes from the ideas that had developed in my mind.On my return to Fiji, I was introduced to Ms. Jane Rubine, who was a renowned creative . We then got together making contemporary craft using Fiji’s own grown local traditional materials. 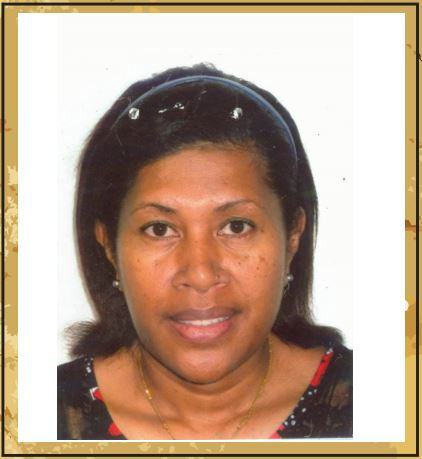 Asenaca Marama Castillo trading as Cannibal Souvenirs operates her business from her home in Nadi. She was married to the late Antonio Castillo who was the creator and designer of this business and its products. Her husband passed away on 28th ovember, 2013 due to cancer and now she has inherited to continue to run the business.She owns a small handicraft business that producers crafted products made out local sourced materials such as coconut shells, sea shells, magimagi, masi or tapa, local seeds 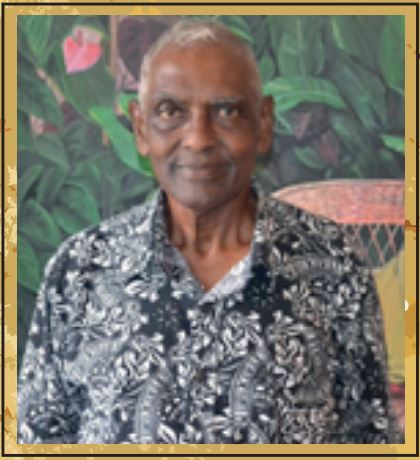 He has been instrumental in most Jewelry making up skilling workshops organized by the Fiji Arts Council in the Western and Northern Division. The latest one being a Trainer at the Authentic Fijian Made Jewelry in the Province of Ba in March, 2014, where women were trained in the art of Jewelry and ornament making from mother of pearls.He says, as to keep up with the demand his children and grandchildren are always be there to assist him to complete his orders before time. He now owns a business, mostly wholesaling at the handicrafts Centre, outlets at Pacific Harbor, Sheraton Resort, Jacks handicraft and work on orders placed from these outlets. I also have my work sold at the Fiji Museum. 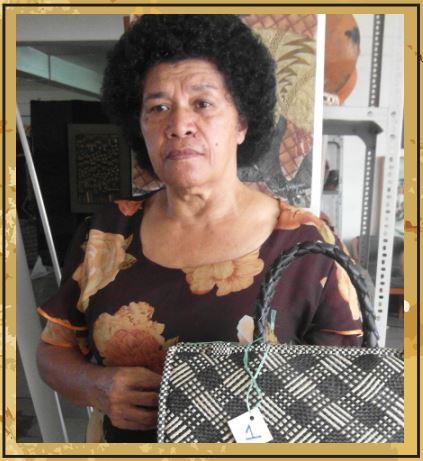 Finau Mara hails from the village of Namuka, Kabara in Lau. She was born into a family of weavers and was originally taught by her grandmother to weave from a very young age. While kids of her age were running around playing and enjoying a carefree life, Finau Mara was stuck to her grandmother’s side learning the Art of Weaving. That is about the most vivid memory she can recall in her life while growing up in her village. 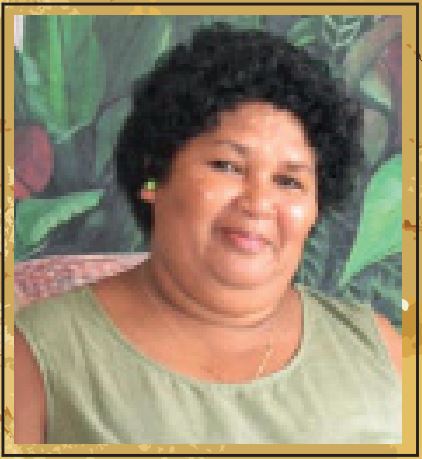 Selai Buasala is 53 years old and hails from the village of Moce in the Lau Group. She has eight chilren, 6 girls and 2 boys and lives in Korova Settlement in Laucala Bay , Suva.The Island of Moce in the Lau Group is one of the Islands in Fiji that are renown for Masi making . “My parents are both from Moce and my masi making skills was passed down from my mother at a very young age. I can still recall when my mother was at work, beating and printing masi ,I sat beside her and watched very carefully , at the same time trying my best to grasp how the prints are carefully laid on the tapa cloth. Whenever she leaves her work I quickly take her place and try to experience the touch of her work. “ 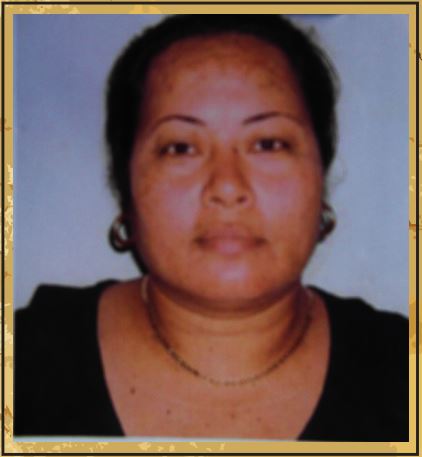 From humble beginnings my father cultivates the land at Tuakoi village whilst mum weaves (mats) in meeting the family livelihood. My father turns 70 years in April 2014 whilst mum is 69 years of age and still weaving and resides in the village, Rotuma. I have three brothers and four sisters and I am the third eldest, one of my sisters a twin passed away at childhood. The Eldest brother is 49 years of age and the youngest in the family, a sister is 34 years. I am married with a teenage son and grown up daughter and assist my husband financially from income generated
from weaving. 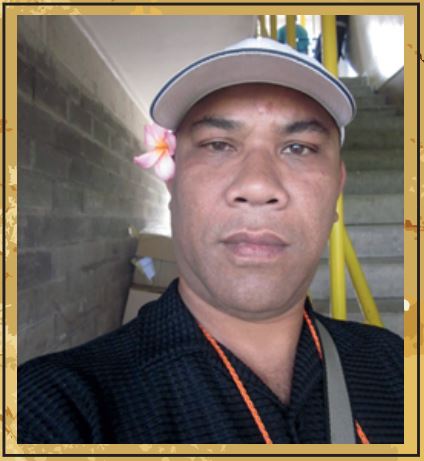 WHO says one cannot make a good and successful career besides white collar and academic work? “Not everyone can become a doctor or an academic and people should go for what they have a passion for and what interests them,” says a living legend of local art, Samuela Cabe. Better known as Sam, the inspirational man is a pioneer of art in Fiji. The man from Nasaqalau in Lakeba, believes there is much in life people can do and make a living from but one often gets carried away with the “norm” followed by many people in society. Sam, is a professional jeweler, designer and a qualified water safety instructor 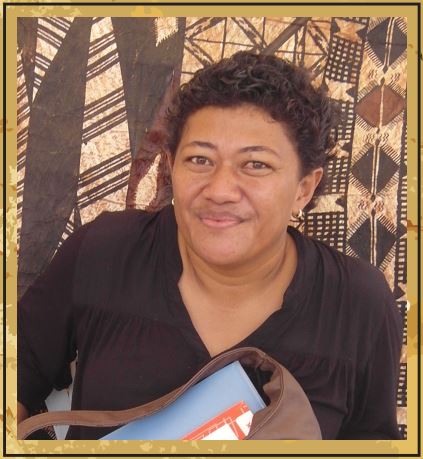 Waininoke Jui ia a crafted woman. She was born on the 25th of March 1976 way back in her small island called Namuika-I-Lau, in the Lau Groups. She managed to learn and experienced how to live like a lauan native. She slowly adapted to their traditional and cultural way of living. She quoted, that village is not that very easy. She recalled the only two ways of earning their living is to collect coconut, dry them as copra, make tapa [masi] and sell them, to met their family needs and wants and of cause the education of their children. 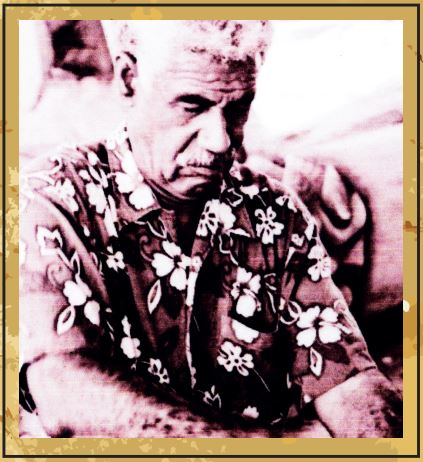 Paula has been carving since he was a young boy in his village Fulaga, in the Lau Group. The village of Fulaga is renown throughout Fiji for its long tradition of high-skilled wood carvers. Paula’s father was a carver, and Paula learnt how to carve tanoa, war clubs and figures from watching him. He moved to Suva in 1966 to attend Bible School. He left after 2 years and continued to carve. This time for the tourist markets on Viti Levu, the main island of Fiji. In 1994 went to the University of the South Pacific as a Part Time Tutor and later was invited by the Oceania Centre by Professor Epeli Hau’ofa to explore contemporary, creative wood carving. 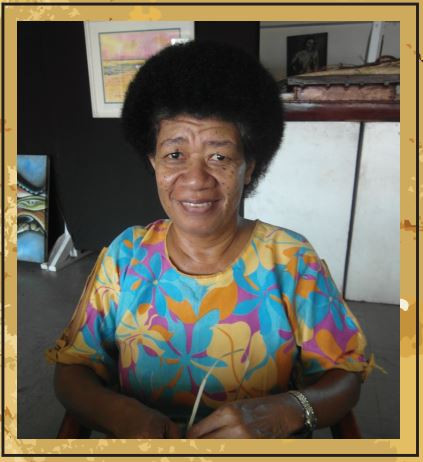 Creative and observant Vilimaina Lea is one of the weaving specialists in traditional basket weaving which was a skill learnt from her maternal grandmother. Trying to put her stories together, Vilimaina seems shy, but when she starts to talk about weaving, her body language changes, she gestures and her face shows enthusiasm, happiness and self-confidence. She reminiscence her young days when she was only seventeen years old, she had to leave school early and concentrate on weaving, as life was really hard for her family to educate her other brothers and sisters because there were no form of income as her father was only a carver and her mother was a weaver.That was only their source of income apart from selling food crops from their farm in Lomaivuna in Naitasiri, where the family called their home. 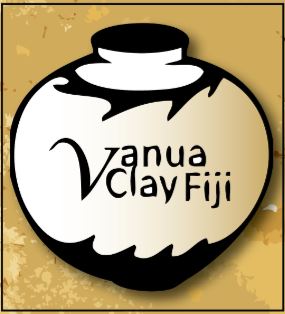 Vanua Clay (Fiji) is a family based clay making business that just started. Three family members were working for an Arts and Crafts business at Mar-tintar, Nadi, and were going to be laid off when that business was to be sold. The brothers decided to pull their re-sources together to buy the equipment from that Arts and Crafts organization and continue this clay making business to keep the family employed, and nurture the skills and knowledge already acquired. Hence the birth on Vanua Clay (Fiji). 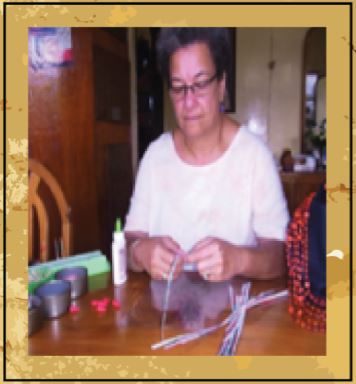 One man’s trash is said to be another’s treasure, and this couldn’t be factual with all of the emerging artists tapping into the creation of recycled jewelries. From necklaces to bracelets, from earrings to brooches, so many items that were once destined for the dumpsters are being made into fashionable jewelries for an environmental-friendly outfit. A very inspiring story as shared by Mrs. Sereana Naulivou that she has witnessed the accumulation of waste along the water front and the surrounding beautiful ocean and her contribution towards reducing the amount of trash polluting our environment is to turn trash to treasures. 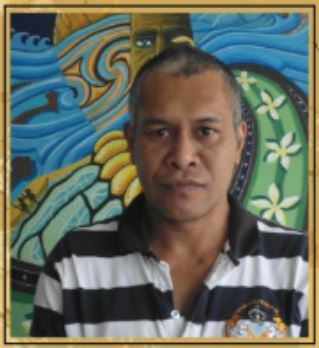 Issac Tivaknoa with innovative expertise and advanced skills of wood farming Artwork began in late 90’s after completing his tertiary education in the Fijian Institute of Technology (FNU), Samabula in Suva and undergoing various Machining Courses in Mechanical Engineering. He later joined the Public Works Mechanical Workshop to put into practice the knowledge learnt. 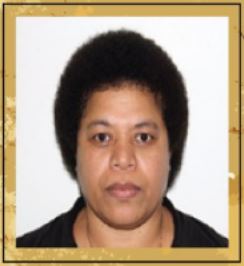 Neomai Vakarau has been in craft business for almost 20 years. Originally taught by her mother Finau Mara, who mastered the art of weaving before she managed their family business at the Curio Handicraft Stall #54 in Suva where she now operates daily. She is renowned for her intricate weaving designs woven on fine mats and making baskets of various sizes and shapes for various purposes according to market demand and for special orders such as for international, regional and local conferences, using local materials such as pandanus leaves. Neomai has represented Fiji in various international Festivals such as the South Pacific Festival of Arts in American Samoa (2008), Pacifica. 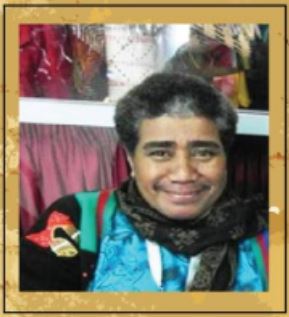 Seruwaia hails from the village of Mudu in the island of Koro, Lomaiviti. She began her interest of weaving in her teens and built up her skills when joining women’s organizations in places around Fiji where her husband was posted to as a Methodist Minister. Serving in Buca Bay Church, Cakaudrove in the early ninety’s, she taught other village women to learn the skill of weaving. With the intricate designs of mat weaving she had, she then decided to weave other things with the thought of maintaining her traditional weaving patterns o0n her new creations such as birds in different colours. 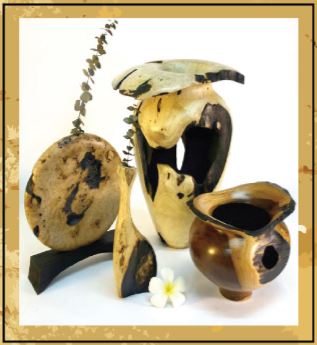 Chestnut Fiji is a family owned business focused on encouraging and nurturing Fiji’s hidden and talented artists. We employ local artists and promote their work to Fiji’s tourism market. We do this through exclusive arrangements with retailers and boutiques. We do not remove trees for the purpose of turning; we work with local authorities throughout Fiji and remove only nuisance trees with proper approvals.